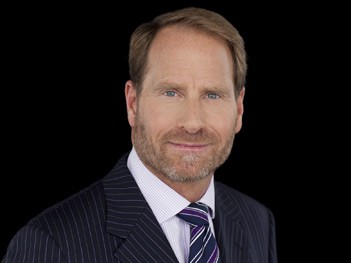 Kent M. Swig is an owner of several real estate operating companies as well as commercial and residential real estate properties throughout the United States. His holdings and titles include the following:

Mr. Swig is an Owner and Co-Chairman of Terra Holdings, LLC, the largest privately owned real estate service company in the United States that owns and operates several residential real estate service firms including Brown Harris Stevens, one of the oldest and largest residential real estate service providers operating in New York City, the Hamptons, Palm Beach, and Miami; Halstead Property Company, a residential brokerage and management company comprised of more than 1,200 brokers in 32 offices throughout the New York Metropolitan Area; and Vanderbilt Holdings, a service firm with disciplines in appraisal and consulting and insurance. The combination of Brown Harris Stevens and Halstead Property Company annually sell more than $9 billion of apartments and townhouses, and the company’s management divisions manage over 500 buildings comprising more than 35,000 residential units.

Mr. Swig is also an Owner and President of Falcon Pacific Construction, LLC and Falcon Pacific Builders, LLC which are a New York City based construction company infused with an ownership understanding and approach to its construction projects. The two divisions are focused on interior renovations and ground up and building wide construction throughout the New York Tri-State area. The company’s successful track record is built on its ability to build positive working relations with architects, engineers, local officials, and vendors to achieve client’s goals.

Mr. Swig serves as Chairman of Dignity Holdings, LLC a leader in cryptocurrency and digital coin mining, as well as serving as Chairman of its subsidiary companies: Dignity Gold, LLC, which owns the cryptocurrency Dignity Gold that trades under the symbol DIGG; Dignity Mining Group, LLC, a leader in crypto coin mining that uses cutting-edge technology for its mining operations, including 708 AMD mining rigs each running 12 Powercolor/TUL RX Vega 56 Nano graphics processing units; DigPay, LLC, an app-based digital payment platform, like PayPal or Venmo, that stores currencies that users buy, sell and exchange, and unlike Venmo, DigPay can send cryptocurrencies peer to peer as well; Dignity X, LLC, a cryptocurrency exchange that allows users to instantly buy, sell or exchange cryptocurrencies, traditional currency like US dollars and other fiat currencies.

Mr. Swig serves as the Principal of Vendmost, LLC, first in wellness, which was founded during the height of the 2020 pandemic in New York City. After developing reactive processes and testing numerous solutions, Vendmost began to offer “plug and play” proactive technologies and solutions which promote public health safety. Vendmost is acutely aware of the needs of customers and capabilities of technology-based solutions. The Company’s services, products, technologies, and applications are designed to promote health, safety and wellness. The offerings are applicable of person use, to public and private sectors, and government. In addition, Vendmost is the exclusive distribution of ATHC Thermascan products.

Finally, Mr. Swig is an Owner and Principal of The Swig Company, a family-owned real estate and hotel company based in San Francisco and New York that was founded in 1936. The Swig Company’s portfolio includes over 10 million square feet of prime commercial office space throughout the United States as well as having founded, owned, and managed the Fairmont Hotels, which the company started in 1946.

Prior to his current positions, Mr. Swig served as Executive Vice President of The Macklowe Organization and specifically as President of Manhattan Pacific Management Company, Inc. where he oversaw the operation and leasing of a portfolio of more than 45 residential and commercial buildings in New York and Los Angeles with a market value in excess of $2 billion.

Prior to that, Mr. Swig was Vice President of Swig, Weiler & Dinner Development Company, San Francisco, (now known as The Swig Company), where he worked extensively with the company’s Fairmont Hotels Group and directly oversaw the development, acquisition, financing, and management of the firm’s portfolio of commercial office space totaling over 10 million square feet.

After earning his Bachelor of Arts degree in Chinese History from Brown University, Providence, R.I., Mr. Swig attended Hastings College of Law, San Francisco, where he was selected for the Law Review.