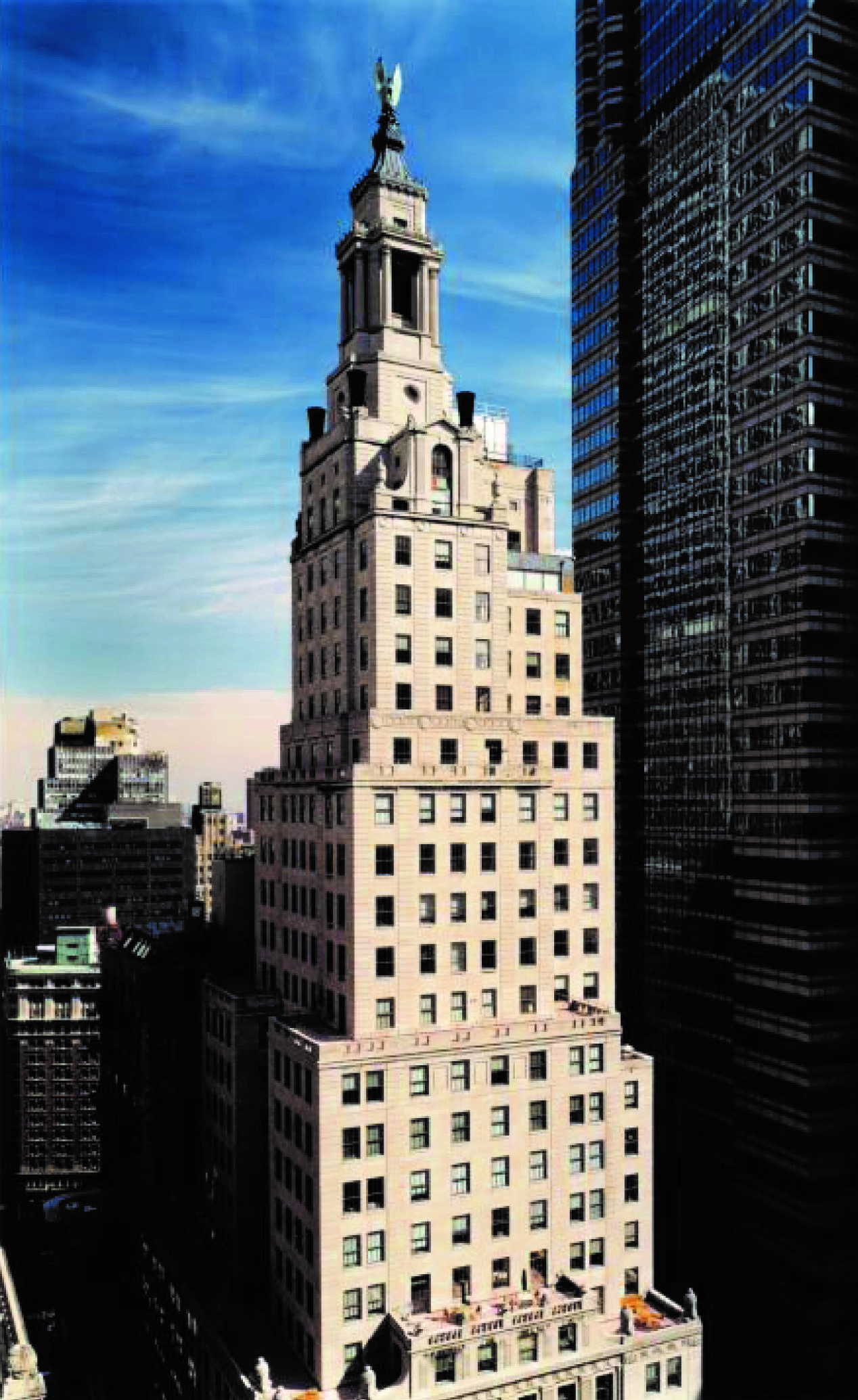 48 Wall Street, formerly the Bank of New York Building, was completely renovated by Swig Equities in a $60 million improvement program which transformed the property into a modern first class office building offering the latest in technology and luxury services. The building, which contains 324,000 rentable square feet and rises to 34 stories, is a National Register Landmark office building that transformed the Wall Street area of New York City during the 1920s as banks and other businesses erected impressive tall buildings for their own use and for rental. 48 Wall Street, which is located in the heart of Lower Manhattan’s FiDi (Financial District), typifies the conservative nature of much bank design during the 1920s, using American Colonial motifs that hark back to the early history of the Bank of New York.

The building is also significant in the history of economics in America as the headquarters of the oldest bank in New York City and the second oldest bank in America. The Bank of New York was organized in 1784, primarily through the efforts of Alexander Hamilton. Since its founding, the bank has been one of the most prominent financial institutions in the city. The bank erected a headquarters building on the northeast corner of Wall and William streets in Lower Manhattan in 1797-98 and retained its headquarters on that site, in a succession of buildings, until 1998. The skyscraper erected in 1927-29 was designed by Benjamin Wistar Morris, one of New York’s most prominent architects of the 1920s. The design reflects Morris’s interest in traditional architectural design. It has an impressive exterior clad entirely in limestone and crowned with a copper eagle that was, at the time of the building’s completion, one of the most visible elements of the New York skyline. It also retains an especially grand interior banking hall embellished with a series of murals by J. Monroe Hewlett, a prominent mural painter active in the early decades of the twentieth century, and several other notable interior spaces.